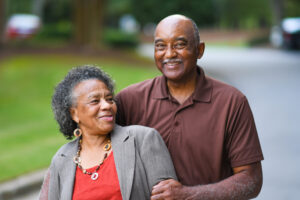 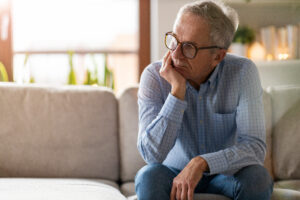 Alzheimer’s is a devastating disease and the Alzheimer’s Alliance of Smith County is committed to walking beside all those in Smith County seeking our help throughout the journey.

In October 1982, eight caregivers attended the first Alzheimer’s Family Support Group in Tyler.  The purposes and goals of this founding group were to provide support and information to caregivers, to educate the public about the disease and its effects on persons living with the disease and their caregivers, and to support research.  In 1989, the local group affiliated with a national organization, the Alzheimer’s Association and became the Northeast Texas Chapter of the Alzheimer’s Association and assumed leadership in 23 counties of Northeast Texas.

In the late 1990’s, the national organization began a realignment process aimed at reducing the number of local chapters.  During this same timeframe, the local board began to experience a number of their own concerns, including decreased representation and dissemination of organization funds to a broader geographic area.  In 2002, the Northeast Texas Chapter began the process of disaffiliation from the national organization and by October of that year, the group had its 501(c) 3 designation and began operating as the Alzheimer’s Alliance of Northeast Texas, Inc.

At that time the Alliance, operating out of a Tyler office, served 16 counties in this geographic region of East Texas.  During the last half of 2008, the board carefully evaluated all programs and services being offered, the impact being made, and the overall support, both financial and volunteer, from each county.  Following this thorough review, the board made the difficult but necessary decision to reduce the service area from 16 counties to one, being Smith County.  Effective January 1, 2009 the corporation began legally doing business as the Alzheimer’s Alliance of Smith County.

After 39 years of service, the Alzheimer’s Alliance of Smith County has grown into a unique organization like no other. As a retirement community and as the aging population in Smith County continues to increase, the rate of Alzheimer’s and other dementia are also anticipated to increase significantly in the next few years and the Alliance wants to continue to grow and expand to meet the needs of our growing community.

The Alzheimer’s Alliance of Smith County is a local, independent nonprofit committed to providing life-changing support to persons living with dementia and their caregivers. With a small staff, a determined board and wonderful volunteers we provide the only access to support, assistance and education that is available for families in our area struggling to cope with this disease.

The Alzheimer’s Alliance of Smith County is committed to reflecting the diversity of our community and providing services that support diversity and a culture of inclusivity. This commitment strengthens services to all populations, providing this community with resources and support to address Alzheimer’s disease and related dementias.